No one can deny that there is a large societal ‘upchuck’ going on. Our shadow material has reached its tipping point and our individual and collective psyches can no longer contain it. Is this because the patriarchal shadow is amplified by our so-called political leaders? Is it because of their unabashed expression of misogyny and disdain for the Earth, the environment, and the Feminine Principle? We cannot deny the precision of the timing and truth-telling of women (and men) who have been assaulted and harassed. We can only hold our secrets inside for so long. Eventually, they need to be spoken, to prevent the concretion of disease in the psyche and body, when held inside for too long.

I have always had a problem with society normalizing sexual misconduct. In fact, this has been a theme for me personally. I seized the opportunity to fight for women’s equality in a health care system, was abandoned for not normalizing and adapting to the status quo, and have also been the victim of sexual assault. I too have held these secrets due to the absence of safe space to release them. I have tried to express them in many ways to many people, but to little avail. The only way I have somewhat effectively found healing is to help others who have also been disempowered and assaulted, to hold space for them to find their voices and reclaim their power, as a way to prevent both myself and them from getting sick.

Sexual assault is only too common in our society. 1 in 3 women is subjected to it. Our society does not have a container to protect, support, or empower those who have been assaulted. Consequently, we have to bear these wounds alone. For women (and men) whose boundaries are violated, not speaking of this and not having a safe space to emote feels like being trapped in solitary confinement. This has always been considered the worst form of punishment. When left here alone, parts of the psyche begin to die off, and these dead zones spread like cracks traveling through the glass and shut down healthy parts of the psyche that nurture and facilitate creativity, joy, and the animating principle that offers vitality and meaning to our life force.

This occurs as the result of adaptations we are conditioned to endure and live from. Adapting to our environment is an imperative that keeps us alive. It is associated with the fight-and-flight response, which certainly ensures survival. But adaptations to being mistreated or assaulted occur due to the absence of safe space for victims to express their shaming secrets. If when these secrets are revealed and are met with denial, discomfort, or silence, the victim will have no choice but to adapt to what they experienced. In fact, very often victims of these crimes are pathologized. An example of this would be when the subject is changed as the victim attempts to tell their story. Denial is not uncommon for family members who remark that the victim may be exaggerating or confabulating their experience; this again, places them on the defensive. A common expectation is they will ‘get over’ what happened to them to maintain the status quo and normalize the closed system of the family’s dynamics. Many just look the other way, participating in the normalization of violence, reinforcing unhealthy adaptation by the victim.

A core context that Dr. Carl Jung explored was one of bringing one’s shadow to consciousness, what can also be termed as ‘shining the light in the darkness. Without cleaning up our closets and telling our secrets, no real transformation can occur. Without transformation, there can be no hope for healing, liberation, or restoration of health. When violations steep inside the psyche for too long, they gather energy in the shadow and begin to choke off a sense of meaning. The feeling function is impacted and the predatory parts of the psyche grow larger.

In one way, I am relieved that we have arrived at a time where the truth is beginning to rise up, and the need for authenticity is replacing unhealthy adaptation. The authentic self sooner or later will begin to stir in the personal and collective psyche and the Feminine Principle will claim Her rightful place in the world. This process is what is currently underway. Cleansing and clearing are occurring which can only be done through honoring the truth of our experiences. Our culture must transform into one that stops normalizing the status quo. We must value what is authentic rather than illusory, balanced rather than patriarchal, respectful rather than misogynistic, truthful rather than secretive, and open rather than closed. In medicine we know that when an infection festers, it can become gangrenous and life-threatening It needs to be lanced and drained to allow the body to heal. This mechanism applies to the psyche as well.

This is also the first healthy step towards transformation.

As these stories of sexual assault began to break, my own wounds have begun to stir. As a person who is deeply committed to attending to my inner life, even I am experiencing renewed pain as collective truth-telling is releasing trapped shame and the horrific truth of my own experiences that have not seen the light of day for years. Yes, #MeToo.

As I break the cultural barriers of remaining silent and keeping secrets as well as being conditioned to adapt rather than to speak the truth, I find myself emerging as a part of a tribe of truth-tellers who are rising up with the knowledge that the time to heal has finally arrived.

I am hopeful that society will hold an authentic and safe space for those of us in need of it, so we can once and for all, end the cycle of unhealthy adaptation and normalization of abuse. Instead, we must speak our truth with the hope and intention of transforming the personal and collective shadow.

I am hopeful that this is the beginning of our reclamation of the Feminine Principle, much needed in our world right now to restore health and balance.

May 2018 be the year we begin our return to authenticity, truth, and transformation, thus creating a healthier and more connected society. 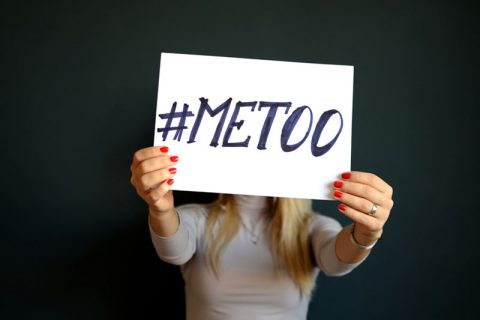 #MeToo. At this moment in history, this is a symbol of coming out, speaking our truth after being sexually harassed and/or assaulted.…

Call Now
Back to the top