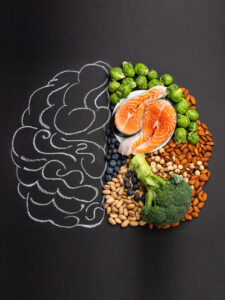 What is the real power of a Healthy Gut? As an integrative medicine physician, I stay current with scientific research relevant to patient health in my clinical practice. Over the past two decades, I began seeing an increasing incidence of hormonal and immune dysregulations in my patients. Also, autoimmune diseases, depression, anxiety, and obesity began showing up in unprecedented numbers.

A few years ago, I became aware of the ongoing research on the human gut microbiome. Much of the published research explained what I was seeing in my clinical practice as linked to a disrupted gut biome. As I began applying the recommended protocols to healing the microbiome of my patients, I was amazed at the clinical improvements I witnessed in a relatively short time, both in symptoms and blood levels associated with inflammation, autoimmune disease, joint pain, chronic skin conditions, depression, anxiety, bowel disorders, chronic fatigue, fibromyalgia, and even viral infections – including a significant decrease in the incidence of the flu during flu season.

Understanding the gut microbiome is a very important and interesting subject. I emphasize that my patients learn about it, in addition to support through diet, lifestyle, and correct probiotics. Over the past two decades, the body of research showing a causal relationship between a healthy gut microbiome and disease expression and reversal is vast. The information is so critical I feel it important to describe it in detail in this article, so people can make conscious lifestyle choices that will have a profound impact on healing and preventing many of the chronic diseases so prevalent in our country today.

The gut harbors around 100 trillion resident microbes called the microbiota and their corresponding genome, which contains 150 fold more genes than our bodies. This microbiota (that form the microbiome) regulates the permeability of the intestinal wall, affecting the absorption of nutrients and calories absorbed into the bloodstream. (When the permeability of the wall increases, allowing large proteins to be absorbed through the intestinal wall into the blood, the gut is considered to be leaky, hence the term ‘leaky gut’). In addition, the microbiome also produces a large majority of neurotransmitters that are an integral part of our nervous system and regulate our cardiovascular and muscular systems. As an example, 90% of our body’s serotonin is produced by a healthy microbiome. If a healthy microbiome is not present, serotonin levels drop and our mood and a host of functions regulated by serotonin are impacted.

It has been shown that gut microbial disruptions in infancy  affect the maturation of the immune response, as well as brain health. Even very low doses of antibiotics (like those present in our food), can alter the gut microbiome, leading to obesity, behavioral changes, and gene expression as well as alterations in liver metabolism of cholesterol. Depression and anxiety have been shown to be strongly correlated with changes in gut microbiota as well as a more heightened stress response. In mouse studies, these changes were shown to be reversible with the administration of probiotics or fecal transplant with normal mouse microbiota.

As C-section deliveries increased, the first microbiome inoculation from the mother’s vaginal flora was replaced with the mother’s skin flora – the incorrect microbiota. This microbiota altered the nervous system imprint of the infant. A healthy nervous system is imprinted at birth by healthy vaginal, not skin microbiota. Babies delivered by C-section have been shown to have a higher incidence of autism , behavioral issues like ADD and ADHD, as well as dyslexia, obesity, respiratory distress, allergies, asthma, and Type 1 diabetes. In the near future, the standard of care protocols based on scientific evidence may require obstetricians to place gauze in the mother’s birth canal to rub on the infant’s face, delivered by C-sections, to inoculate vaginal microbiota to prevent chronic inflammatory, nervous system, and mental health diseases.

The steady increase in autoimmune diseases has also been attributed to an imbalance in the gut microbiome causing leaky gut. As mentioned above, leaky gut is a condition most of us have heard of, which is essentially an increase in permeability of the intestinal wall due to an alteration in gut flora. This causes proteins and large molecules to filter into the bloodstream through the hyperpermeable intestinal wall, causing a reactive immune response due to the presence of these proteins in the bloodstream. Unless the leaky gut is healed, the immune system becomes up-regulated and eventually loses its discernment of ‘foreign’ versus ‘self’ and begins attacking ‘self’ proteins leading to autoimmune diseases. The reaction caused by the immune system leads to acute inflammation and eventually a chronic inflammatory state which is a precursor for most cancers and cardiovascular disease.

This research is incredibly exciting as the gut microbiome can be restored with the correct ratio and numbers of microorganisms administered with probiotics, prebiotics, fermented foods, and soluble plant fiber – together with an organic, plant-based diet, and elimination of the factors that are known to pathologically alter a healthy gut microbiome.

In my medical practice, I have witnessed the resolution of anxiety, depression, acid reflux, irritable bowel symptoms, a myriad of gastrointestinal diseases, psoriatic rashes, and even the reversal of ANA (connective tissue disease) titers, and C-reactive protein levels with the introduction of a broad spectrum probiotic together with dietary changes. Hormonal balancing is also greatly influenced by restoring the gut microbiome. In contrast, I have seen patients present with severe anxiety and depression after receiving antibiotics without the administration of probiotics at urgent care centers and emergency rooms; as well as after colonoscopy preps, chemotherapy, intensive care unit admissions, and medical and surgical procedures. Once their microbiome is restored, their symptoms resolve.

The startling effects of microbiome restoration show great promise for the actual healing of so many chronic and inflammatory diseases, including autoimmune, respiratory, gastrointestinal, and neurological diseases including mental health, and behavioral disorders. Its importance cannot be ignored.

Conventional medicine has not yet caught up with the research in this field. It hasn’t accepted the clinically demonstrated benefits of microbiome restoration (surprisingly, even in the field of gastroenterology, pediatrics, psychiatry, and obstetrics). In our world today, with access to scientific and clinical information, I urge all of you to explore this topic thoroughly and inform your physicians of the clinical benefits of microbiome restoration so we can restore our health, minimize our risk of inflammation, and prevent and reverse the myriad of our most common diseases caused by an altered and imbalanced gut microbiome. This together with an organic, plant-based diet and exercise can do more for restoring our health, improving our quality of life, and halting our ever-increasing cost of health care. 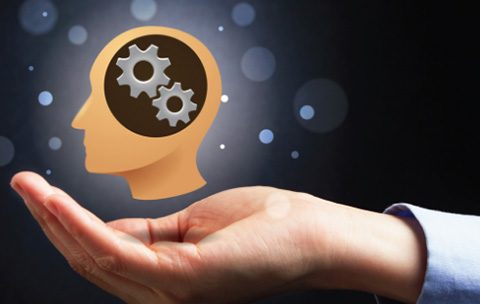 Did you know that one in two Americans who live to be 85 will get Alzheimer’s disease or some form of dementia?  That is correct, 1 in 2.…

We have been on diets since the 1970s.  We have lost weight, gained weight, birthed eating disorders, and are now more obese than ever.…

Call Now
Back to the top